According to Penal Code section 240, assault is a misdemeanor offense that involves an unlawful act and the opportunity to commit a violent act against another person that leads to injury. Although people usually think that assault and battery are the same, they are not. Assaulting someone does not require that you physically touch them, but battery does.

Assault is sometimes called attempted battery and creates a situation where someone can reasonably assume that battery is imminent. Again, it is possible to assault someone without physically touching them. Battery, on the other hand, is a physical act that actually causes someone harm. Both assault and battery are misdemeanor charges, but there are times when those lesser charges can be escalated to felony charges. This is why it is critical to have a lawyer on your side whenever criminal charges are brought against you.

Escalated charges When you commit assault or assault and battery against someone, you run the risk of having your charges escalated from a misdemeanor to a felony. If you are accused of assault or battery, it’s imperative to seek legal counsel. The type of charges you face are also determined by the amount of injury the victim sustains. Typically, if you are found guilty of assault or battery, there is the potential to face a year in jail and even a minimum, two thousand dollar fine. Depending on the situation, charges can be escalated if you assault or batter the following workers: 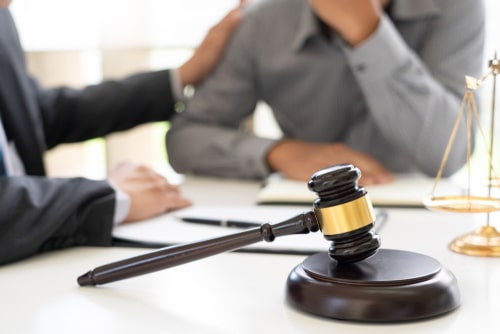 Assault with a deadly weapon Assault and battery with a deadly weapon or with force that is likely to produce great bodily injury can be considered a misdemeanor or a felony, depending on outside factors and the overall situation. If you are accused of assault and battery at the felony level, it is a much more serious offense that can have you facing as much as a ten thousand dollar fine and four years in prison.

If you are being charged with using a firearm while committing assault, then you could be facing a minimum of six months in jail or as many as four years in prison along with thousands of dollars in fines. If you attempt assault with a semiautomatic weapon, then the punishment jumps to either three, six or nine years in California state prison, and if you commit assault with a firearm against a firefighter or an officer, then the punishment could reach up to four, six or even eight years in prison. If you commit assault with a machine gun or a .50BMG rifle against a firefighter or other public safety officer while they are on duty, then you can be facing anywhere between, six to twelve years in a California prison.

When facing such serious charges, it is important to have an experienced criminal assault attorney to represent you. Don’t take the risk of representing yourself when the opportunity for a successful defense put together by your attorney can save you from potential false accusations, and or excessive prison sentencing.

GET A CASE REVIEW